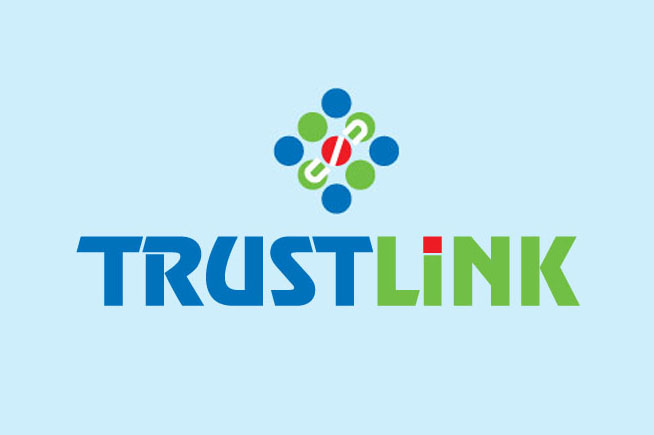 Orthogonal Frequency Division Multiplexing (OFDM) has been successfully applied to a wide variety of digital communications applications over the past several years and has been adopted as the wireless LAN standard.

Just what is OFDM, and what makes it better? To answer this question, we need to review some basic ideas about wireless telecommunications systems, and how OFDM fits into the overall picture.

In what follows, we will review the following concepts needed to understand OFDM; digital messages, carrier waves, modulation and multiplexing. Then we will explain OFDM and why it is used.

Modulation is the process whereby a carrier wave of a particular frequency is modified or modulated by the message signal, so that the modulated carrier wave can be used to carry the message over a distance. For digital messages (a stream of 1's and 0's), there are three basic kinds of modulation

Phase Shift Keying (PSK) (digital PM) in which the phase of the carrier wave is modulated in step with the message signal. ASK and PSK may also be used at the same time on one carrier, which is called Quadrature Amplitude Modulation (QAM) or Amplitude/Phase Keying (APK).

The receiver is designed to receive the carrier wave, detect these amplitude and phase shifts in the carrier (demodulation), and thus retrieve the digital message.

When a carrier wave is modulated, it is no longer a single frequency but is spread out over a range of frequencies. The bandwidth of the modulated carrier wave is the range from lowest to highest frequency, with the original carrier frequency in the center.

The bandwidth is approximately equal to the speed of the digital message, e.g. 10,000 Hz (10 KHz) for voice or 1,000,000 Hz (1 MHz) for video. OFDM (Orthogonal Frequency Division Multiplexing) is a method of using many carrier waves instead of only one, and using each carrier wave for only part of the message.

Orthogonal Frequency Division is where the spacing between carriers is equal to the speed (bit rate) of the message (explained in more detail later).

In earlier multiplexing literature, a multiplexer was primarily used to allow many users to share a communications medium like a phone trunk between two telephone central offices.

In OFDM, it is typical to assign all carriers to a single user; hence multiplexing is not used with its generic meaning.

Orthogonal frequency division multiplexing is then the concept of typically establishing a communications link using a multitude of carriers each carrying an amount of information identical to the separation between the carriers.

In comparing OFDM and single carrier communication systems (SCCM), the total speed in bits per second is the same for both, 1 Mbit/sec (Mbps) in this example.

For single carrier systems, there is one carrier frequency, and the 1 Mbps message is modulated on this carrier, resulting in a 1 MHz bandwidth spread on both sides of the carrier.

To illustrate how frequencies change with time, we can use the analogy of the sounds of an orchestra or band.

Single carrier systems using a high speed message is analogous to a drum roll where the sticks are moving fast.

A more detailed understanding of Orthogonal arises when we observe thatthe bandwidth of a modulated carrier has a so called sinc shape (sinx/x) with nulls spaced by the bit rate.

In OFDM, the carriers are spaced at the bit rate, so that the carriers fit in the nulls of the other carriers.

Another view of Orthogonal is that each carrier has an integer number of sine wave cycles in one bit period.

Original multicarrier systems were implemented through the generation of a number of carriers using separate local oscillators. This was inefficient and costly (though increased the data rate).

When a mathematical transform (the fast Fourier transform - FFT) was introduced to generate the different individual carriers and ensure their orthogonality, OFDM was reborn. The FFT basically calculates the spectral content of the signal.

Data (which can be digitized speech, digitized video or computer data) is coded for security or error correction. It is then modulated by some form of QAM (QAM, 16QAM or 64QAM for example).

In single carrier systems, the data would then be placed at the appropriate frequency for transmission. In OFDM, the data is then framed into frames of a suitable size for an FFT.

An FFT should be of length 2r (where r is an integer). Not all 2r points in the FFT are used to carry the information; some points are placed for fine-tuning the frequency or for tracking the timing of the bits.

An IFFT is performed on the frames. Each frame output from the IFFT is placed at the appropriate frequency for transmission. In the receiver, the inverse operations are performed and data is recovered.

However, as the FFT is performed in the receiver, the data is then in the frequency domain which makes correcting the imperfections of the channel simple.

OFDM was known since the mid 50s. Why OFDM only became popular in 2000 is because economical integrated circuits that can perform a high speed FFT real time were not available until 1998.

This means that the output of the FFT has a minimum dynamic range of 10log2r. Dynamic range is a term used to define the linearity requirement of a system.

It represents the ability of the system to honestly reproduce the signals input into it. The dynamic range of an OFDM system then is typically larger by as much as two to four times that of a single carrier system.

The dynamic range increase leads to an increase in the cost both in terms of dollars and power consumption of the transmitter amplifier.

This PAR problem is one of the reasons early high speed OFDM systems were only implemented in broadcasting applications.

When the radio signals travel from one location to another, they may bounce off surrounding objects (Figure 1), resulting in multiple paths between transmitter and receiver.

This is analogous to echoes or reflections causing multiple copies of the message to arrive at the receiver at different times. The combination of all paths at the receiver causes the modulated message signal to be distorted.

A simple example is where there are only two paths, the line of sight path and a reflected path from the ground. If a message is sent at the right speed, then the second (reflected) copy of the message may arrive exactly one bit time later than the first (direct) copy.

The receiver will then receive two different bits mixed together, thus distorting the original message bit (Figure 1). Wireless communication systems have to be designed to cope with this so-called multipath distortion.

The main idea of using OFDM is to avoid problems caused by multipath reflections by sending the message bits slowly enough so that any delayed copies (reflections) are late by only a small fraction of a bit time.

To maintain a high bit rate, multiple carriers are used to send many low speed messages at the same time which can be combined at the receiver to make up one high speed message. In this way, we avoid the distortion caused by reflections.

If SCCM is used instead of OFDM, then the delayed copies of bits will be mixed together by the multipath, and the multipath distortion must be cancelled out using a so-called equalizer.

Such equalized systems can work well, but they are subject to problems caused by imperfect cancellation of the multipath.

If the delay spread (the period of time where replicas of a bit are still arriving at the receiver) is n bits long, conventional equalizers need n2 (order of magnitude) operations to remove the effects of multipath.